The recommended basic configurations of small and medium craft breweries that are equipped with the wort machine BREWORX LITE-ECO. This brewing machine has a simplified design for production of beer only from malt concentrates, not from malt. 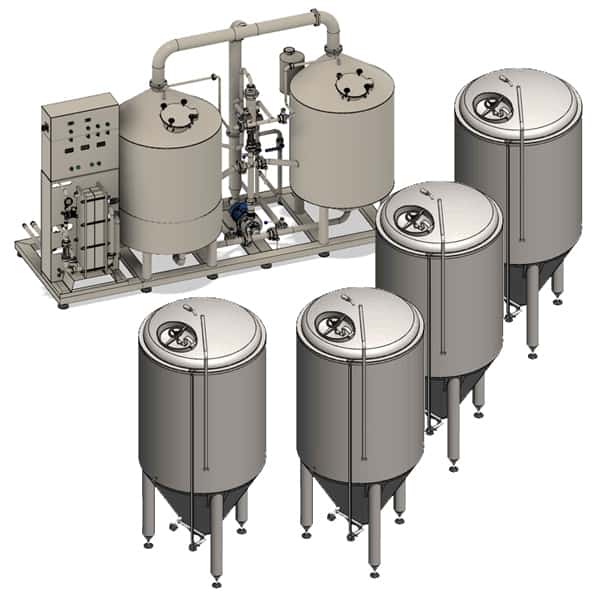 This solution is particularly suitable for restaurant small breweries, where the wort brew machine will not be positioned directly in a room reserved for guests, but the owner of the brewery wants to produce beer with less requirement of time and energy.

BREWORX LITE ECO brewery compared to classical arrangement of wort brew machine does not allows beer production from classic raw materials. Malt is replaced by malt extract, what is a concentrate made for easy mixing of malt mash in the water obtain sweet wort.

This method eliminates most difficult phase of the brewing process of beer production – the preparation of wort mash and its filtering. After obtaining wort the process continues boiling of wort with hops and the final whirlpooling of wort to separation of hops from the wort. Then follows it by the cooling of wort before start of the fermentation of beer in the stainless steel tanks.

This is more economical brewing method than required by the traditional method preparation of wort beginning with mixing of milled malt in water.

This allows the production of many types of beer from one concentrate only by select different hops types.

Beer production capacities from 225 hectoliters up to 6000 hectoliters per year according to number fermentation tanks, their volume and kind beer to be produced.

Scheme of example configuration of the BREWORX LITE-ECO craft brewery 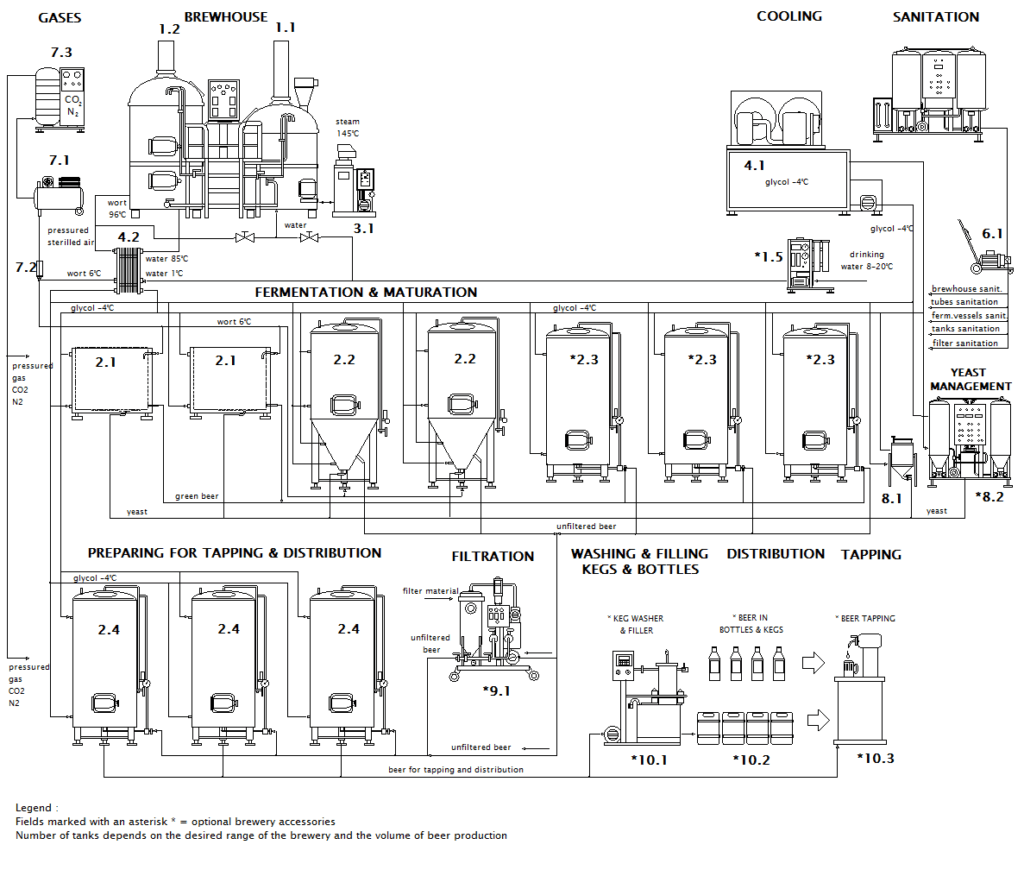 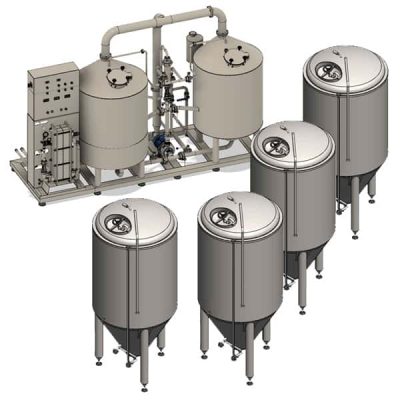